My last race during Trials was on Sunday. On Monday I spent the day scrambling to get packed and organized because by Tuesday morning I was on my way to the airport to catch a flight from Calgary to Munich via Frankfurt. It was a stressful couple of days as it took a while to sort out logistics of where I was going and exactly what I was doing. All I knew was that I would be leaving to Italy and would be racing a World Cup Sprint on Friday. I didn’t find out my flight time until late Monday night, wasn’t able to pick up my ticket until Tuesday morning just before I left, and I wasn’t exactly sure how was I going to get from Munich to Italy. 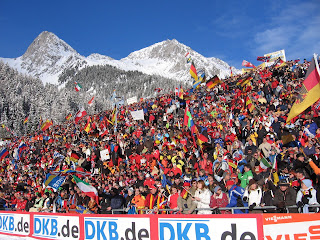 18,000 fans cheering from the grande stands in the stadium. 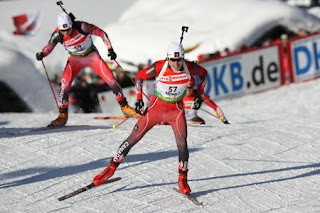 Early on in the Pursuit in Antholz, ITA 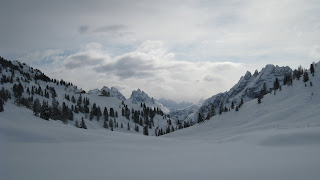 A photo from one of our high altitude workouts in the Italian Dolomites.