Since my last post both the Sprint and Individual competitions have gone underway here in Korea. I procrastinated writing a post about the Sprint because I hoped that I would have something more exciting to write about from today’s 20km Individual race. Unfortunately this is not the case, and I am disappointed to say that I have not been performing to my expectations. 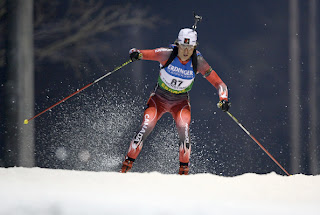 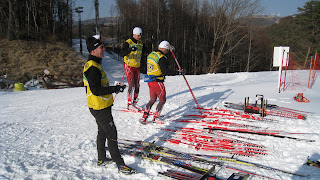 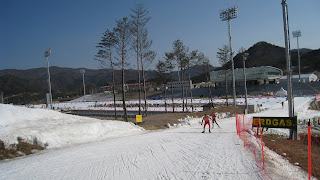 A view of the stadium while training during the day

Results, articles, live results, and a live video feed of all the races can be found at www.biathlonworld.com

Hi Brendan!
This is Miriam's sister - great blog! I don't know if you're checking your blog while you're in Whistler - but if you are, and you see Miriam and Paul - could you tell Miriam to call me or email me soon? We're trying to meet them in Whistler, but we have no idea where they're staying!
Thanks!