After a week in Norway it was time to get back on a plane, this time headed for Quebec where I would compete in my last three races of the season at Canadian Champs. This time our path of travel took us from Trondheim to Oslo, Oslo to Frankfurt, Frankfurt to Toronto, and then Toronto to Quebec. We arrived in Quebec late at night, and arrived at our accommodations just before 2 am feeling pretty exhausted.

I tried to sleep in as much as I could the following morning but due to jetlag that was easier said than done. I went for an easy ski in the afternoon to get my body functioning again and did some short intensity the following day in preparation for Thursday’s 20km race. 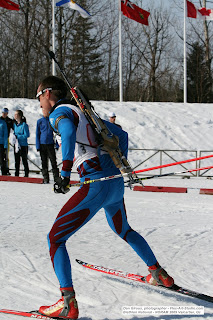 The following three races over the next four days were exhausting and I performed far from potential, similar to how I was feeling! My legs burned the second I left the start line, and after the first lap of every race I felt totally bagged. I was however able to put together a much better performance on Sunday’s race was a nice way to end my last race of the season. 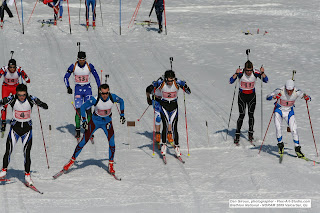 Start of the Relay - Photo by Dan Giroux
After a night out with friends in Quebec City I journeyed back to Canmore where I could finally relax and get some rest after a long season on the road! Because I was feeling so wrecked, I drove into Calgary a couple days after I got home to get some blood work and body composition testing done just to double check that everything was in order. 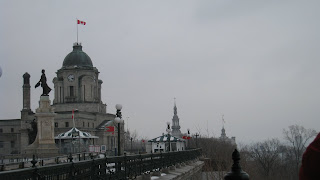 The spring skiing in Canmore is great right now so I’ll detrain for a week or two before taking a total break a little later in April.