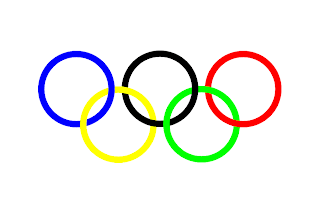 Now, to shed some light on a question that I’ve been getting asked a lot recently. The 2010 Olympics! The situation is complicated, and what happens now is out of my hands. I wish I could give a concrete answer at the moment, but the fact of the matter is I cannot. All I can say is that it will still be a little while before the Olympic team is decided for biathlon. In order to qualify for the Olympics we have to meet international criteria while competing at the highest level of competition - the World Cup. While on this circuit, we have to meet performance benchmarks, which comprise the Olympic criteria, at three different times throughout the season. I am pleased to say that this season has been a break through year for me. I spent the winter racing for Canada on the World Cup circuit as a rookie, and in addition was selected to race at this year’s World Championships in Korea. At World Cup #7 in Whistler I met the third and final part of my Olympic criteria and have now qualified to be nominated for the 2010 Olympic team.

This year the men’s team had their best ever season with many outstanding performances which included 17 Pursuit starts, 3 top ten finishes including a historic 7th place finish in the relay at WC#3, and one team member consistently ranked within the top 30 overall. As a team we ranked 14th out of 40 countries in the World Cup standings (despite missing a World Cup), which is a break through for us. We have shown that we are competitive on the World stage.

As of right now however, Canada may not be able to send a full team to the Olympics although this is pending. At the moment I am the third ranked Olympic qualified male, and would hold a strong position in the event that we are allowed a full team. I am keeping my fingers crossed that I’ll hear good news soon and will hopefully be able to provide a better update regarding the Olympics soon. 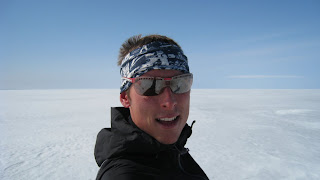 My fingers and toes are crossed for you, Brendan. I'm counting on you being there!

Any word yet on whether or not you have a spot on the team?
Canada is rooting for you all!