I ended off my last post while in Russia at World Champs. I had a frustrating two weeks of racing and for whatever reason was not able to get into a good zone. I struggled to bring the more typical form I had been consistently showing throughout the season on the World Cup both in skiing and in shooting. Our team did have a strong relay however and we finished in 11th in what turned out to be a very tight 30km of racing.

This was my second time in Russia and I'm not a huge fan of spending long periods of time in Siberia! Despite being in one of the more oil rich cities, the food wasn’t great (nobody wants to eat fish soup for breakfast), and the vibe I got from the city was kind of bleak. It was obvious a lot of people in the city had money, and even more obvious that a lot of people didn’t. You would see someone driving a Lexus down the street, but if you ran a couple blocks from the city centre you would see people walking along the streets carrying buckets of water to their homes.

Our accommodation was decent however, as we got to stay in a new and extremely large hotel that apparently was built for the influx of people whom where in Khanty Mansyisk for the 2010 Chess Olympics. Chess in Russia is big! 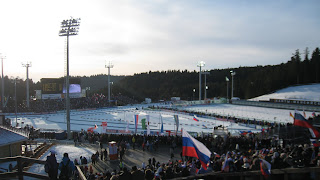 A view of the stadium 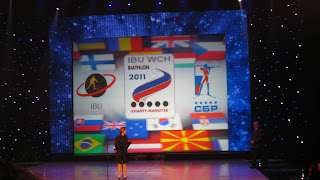 A pretty cool opening ceremonies was put on for the athletes 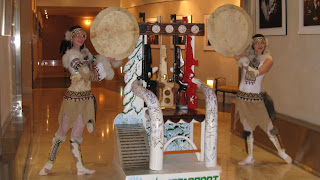 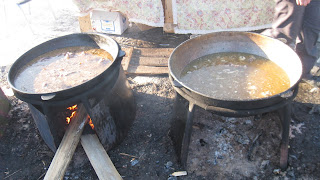 Some of the food that was being cooked for the spectators outside the stadium entrance.  Don't ask what it is! 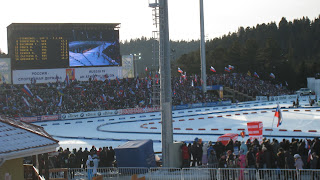 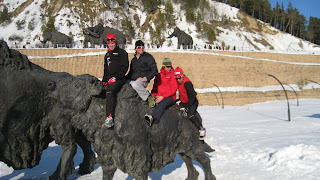 Apparently many giant prehistoric animals were excavated in tact from along this river bank.  We checked out the park one afternoon and took a ride on one of giant buffalo's. 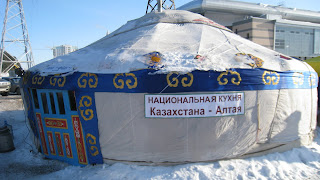 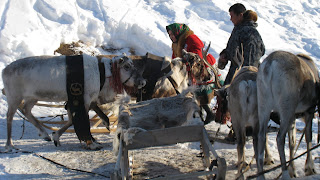 From Russia it was straight to Norway for the last World Cup of the year. I was beyond happy when I sat down for our first meal in our hotel where I was able to eat awesome food until I was completely full. I felt like a King! The conditions in Norway were great.  It's often typical to be racing in slush while in Oslo at this time of year, but this time around the tracks held up throughout the week and we had perfect weather. 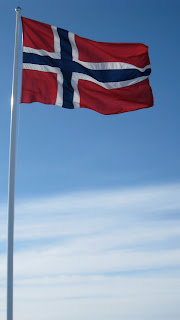 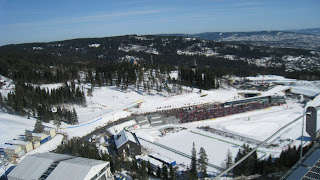 View of stadium from top of ski jump. 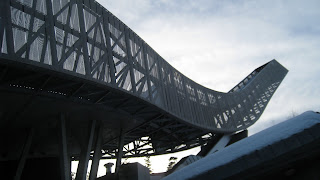 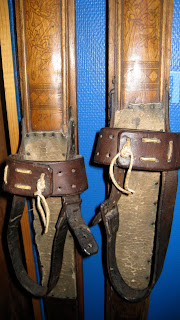 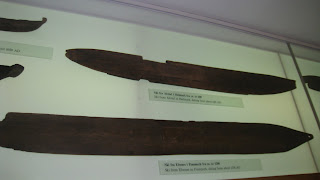 At the Holmenkollen venue is an amazing ski museum that everyone should check out while in Oslo.  One of the skis in the picture is dated back to 600AD 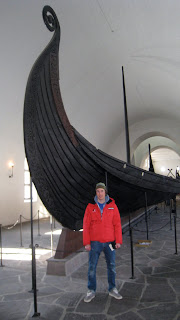 At the viking museum! 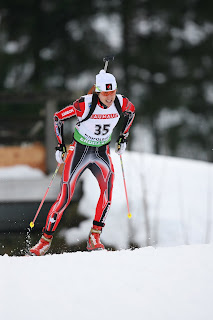 Unfortunately the fun ended in Oslo and the trip back to Canada was long and full of delays. Scott and I were traveling straight to Canadian Championships together and were planning to arrive in New Brunswick on Monday, with our first race being on Wednesday. After an extremely frustrating and tiring two days of traveling we arrived in Charlo Tuesday evening. After a few hours of sleep we dragged ourselves out of bed and raced 20km the next morning. Needless to say I was bagged and the four races throughout the week turned into a blur.  I couldn’t wait to finish off the last competitions of the season and return home for some much needed rest.

It was a long season on the road (with only 10 days being spent in Canmore from the middle of November to the end of April) but it was a pretty solid year of racing for me. I was able to consistently score points, qualified for my first ever Mass Start race on the World Cup, and had my best ever shooting average at 82% while on the World Cup. 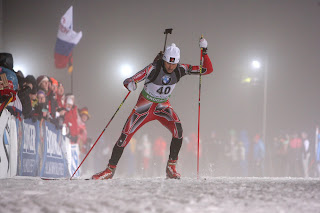 A few highlights from the season: